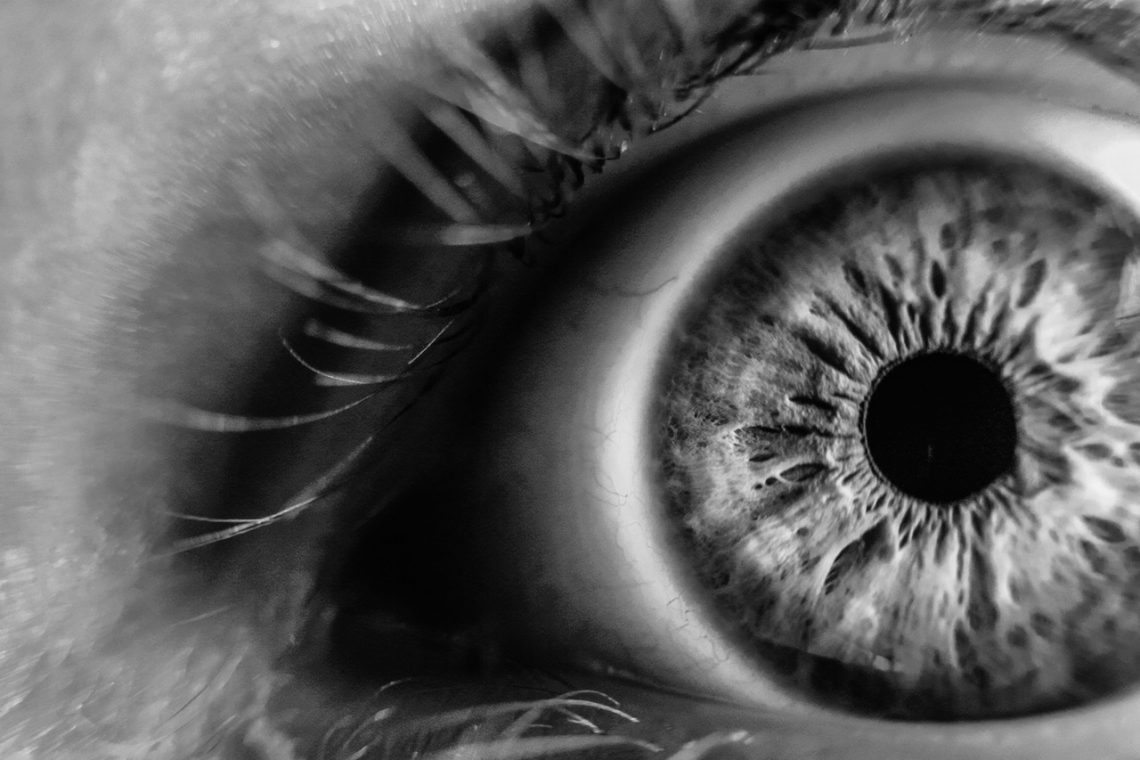 I feel like somebody’s watching me. Somebody little. And to further creep me out, he’s copying me. Mimicking me. Somedays, it actually feels like he might be mocking me!

Sometimes it’s cute. Like how he chirps “Here ya go!” when I hand him anything. Apparently, I say that often? Or how he holds his toy phone up to his ear and parrots, “hello!” over and over. I guess he’s seen me do that before a few times.

But sometimes, it’s not so cute. Dinner time has been frustrating lately as he has decided to stop eating vegetables that he used to eat and now just flings them to the floor much to our dog’s delight. The other day, I growled in frustration as the green beans went flying. I’m embarrassed to admit that I must have banged my fist on the table. You can guess what happened next. “Grrrrr…” followed by a little fist banging the table with a sly smile on his face. Not cute.

Another prime example is when I was carrying in the groceries and dropped my phone on the floor. “ Oh, crap” flew out of my mouth…And then, it flew right out of his mouth too, complete with smacking his hand on his forehead. Not cute and very convicting. 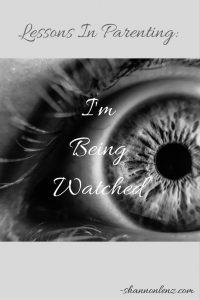 I have been forced to realize that the time has come to accept that everything I say and do is being observed by an impressionable little person. He’s looking to my husband and I to teach him everything, including how to react to life’s little frustrations. And clearly, I haven’t been reacting to little frustrations in a way that makes me proud.

I know that it may seem silly but I was feeling genuinely discouraged watching my son mirror my faults right back at me when I was already having a “moment”. Way to go, Shannon. Good job teaching him to overreact. I’m sure the nursery ladies at church will love it when he growls at them or shouts “crap” for all of the other children to hear.

Yes, I realize it could be worse. But some days, the responsibility of being a parent weighs on a person. We are the ones held responsible for how our children turn out. I don’t want to pass my faults on to him just because he watches me all day.

Parenting is a tall order and it’s tempting to expect perfection from ourselves. But parents aren’t perfect, we’re human. Our children won’t be perfect either, no matter how awesome we are at parenting. If we were all supposed to be perfect we wouldn’t need grace. And I really need grace. Lately, I’ve been feeling ever so grateful for the grace of Jesus as I learn how to be a parent.

Some days I get it wrong. On those days, I confess my faults and I ask God to teach me how to do better. To grow to be the parent He wants me to be.

Some days, though, we get it right. At supper the other night, Stu and I reached across the table to join hands to pray. I felt another little hand on mine and peeked to see what he was up to. Colton had his head bowed and his eyes squinted tight. While I was watching, he looked at Stu and saw that Stu’s head was bowed as he was praying, so he bowed his again with his eyes half open, half shut. When he caught me watching, he gave me a grin. Then, squinted his eyes tight and bowed his head again.

Yes, sometimes he sees us doing the wrong things. But thank goodness, he’s watching us when we’re doing it right, too. He watches us when we pray. He’s learning how to talk to God. Hopefully, as he gets older, he’ll learn that we pray because we’re thankful. And that in this family, we bow our heads as a sign of surrender only to our Lord. He’s only 18 months, but it all starts now.

As a mom, I cling tight to this verse:

“Train up a child in the way he should go; even when he is old he will not depart from it.”

That verse gives me so much hope. Even though I am not perfect, I plan to keep seeking God, asking Him to lead me in my mothering, and continue to diligently discipline my son. And I know Stu is doing the same. I’m trusting that if we’re faithful to do our parts as parents, Colton will learn to live God’s way. Because he’s watching us. And I’m trusting God with the outcome.

“And these words that I command you today shall be on your heart. You shall teach them diligently to your children, and shall talk of them when you sit in your house, and when you lie down, and when you rise.” 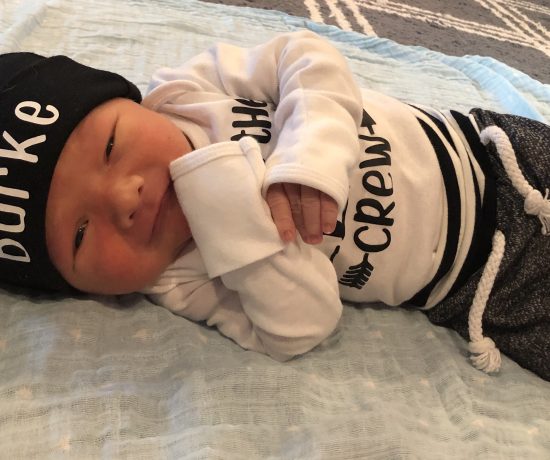 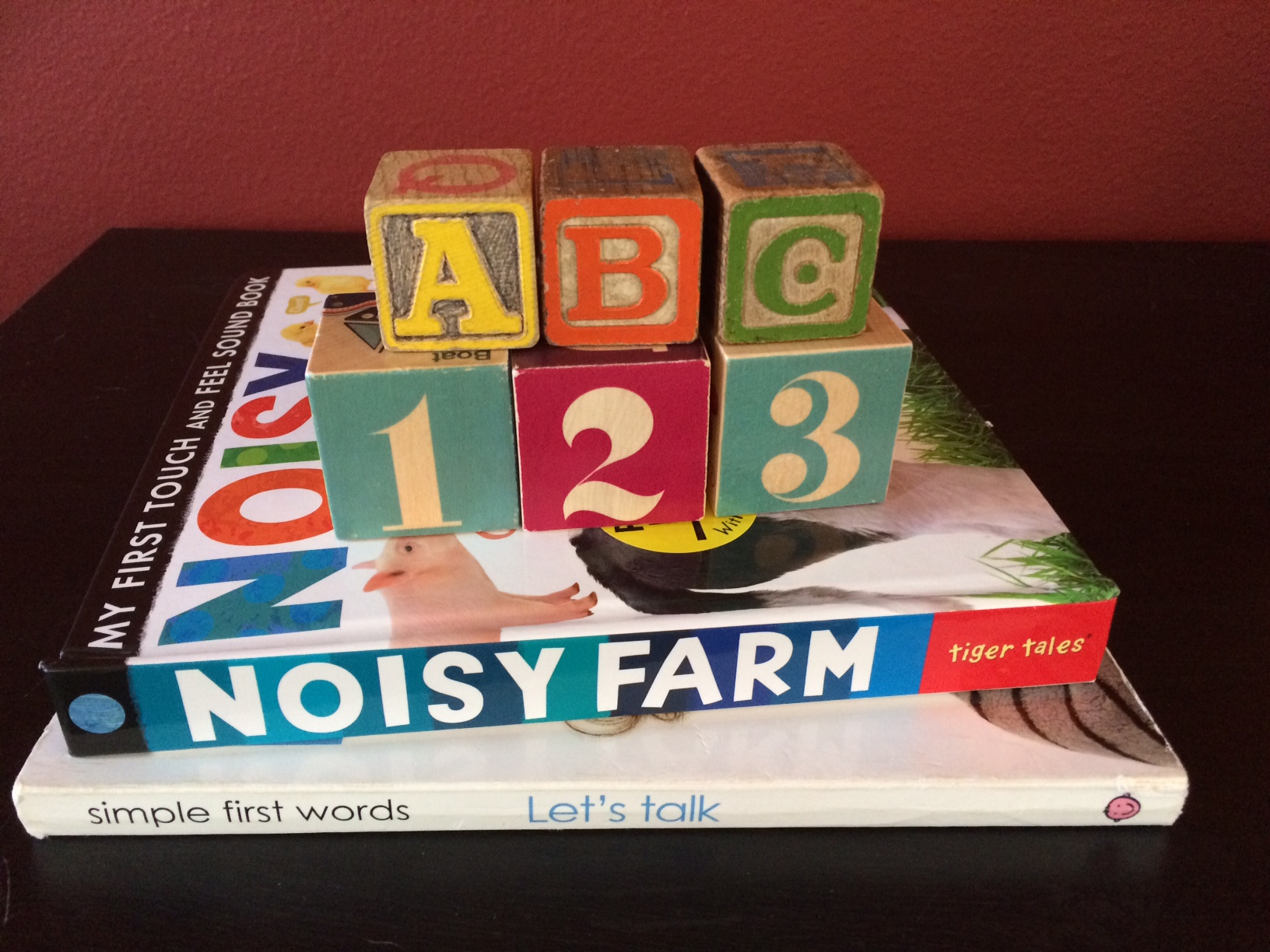