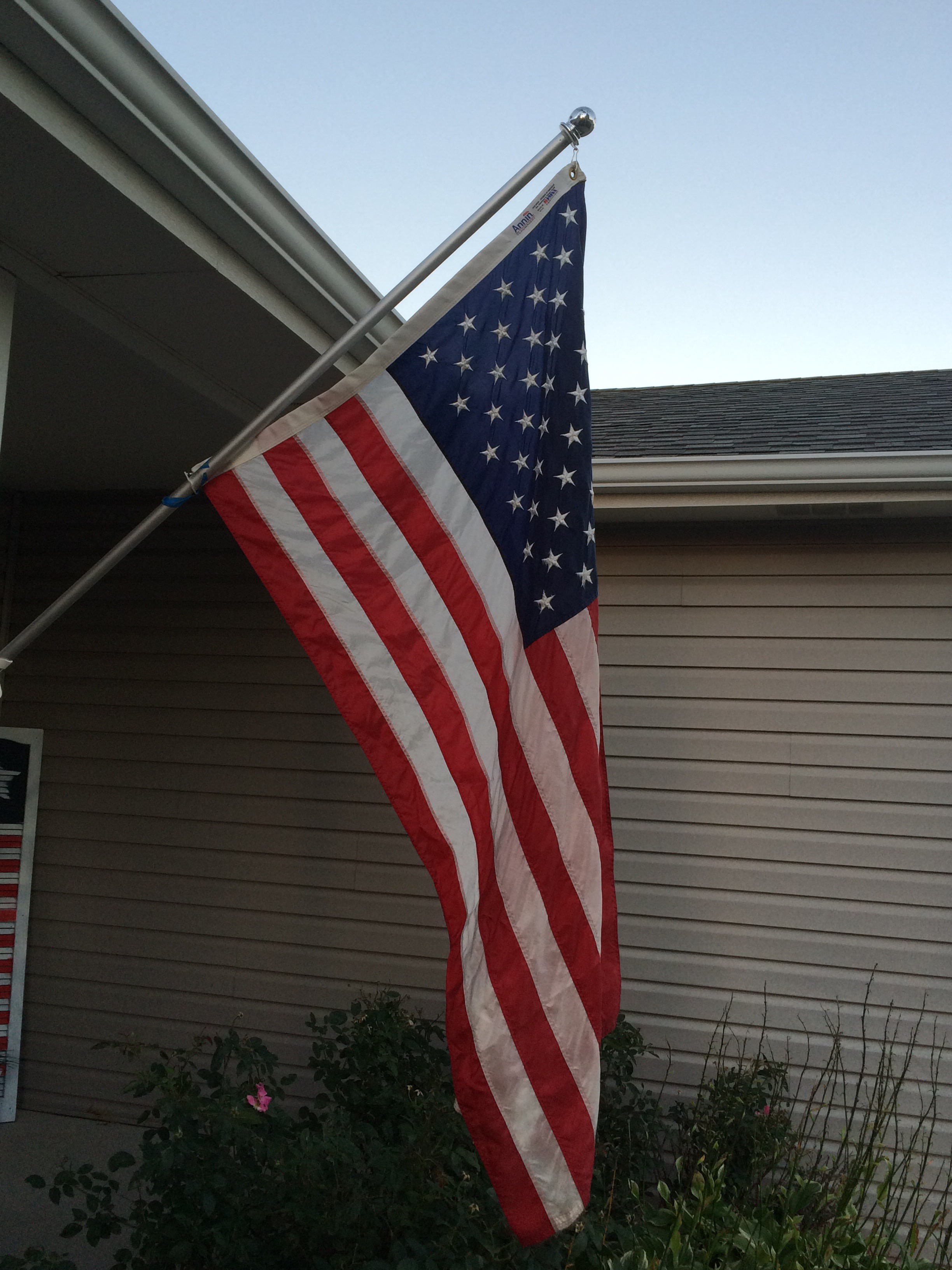 15 years ago, we were all in shock as our country was attacked. I will never forget the fear I felt as I watched the towers fall and watched people run away, covered in ashes.

As we prepared for war, I remember being so afraid that they’d draft my dad and he’d have to go fight. I remember him reassuring me that his knees were too bad and he was too old, they wouldn’t want him. But I knew, they would want my brother in just one more year. And the boys in my class just a few years after that.

They didn’t need to bring back the draft though, (thankfully!!) because VOLUNTEERS. And my brother? In 2002, he signed up for the Air Force. And he’s been serving our country ever since.

I think the reality that our country was vulnerable led to an influx of people signing up to serve in the military. Or donate blood. Or hold hands and pray. Too support our troops. Never in my life had we ever held our troops in higher regard. Because we knew we needed them. Desperately.

Because the terrorists didn’t care if we were black or white. They didn’t care if we were donkeys or elephants or neither. Men and women were treated as equals that day. And children? The terrorists did not care about our kids. We were ALL under attack. Whether we agreed with each other or offended each other, the reality is that everyone was affected by the tragedy. All Americans were a target.

And so we united. Because we are the “United” states.

It scares me to think about what would happen to us if we were attacked again. People who worry about being attacked by terrorists are often accused of fear mongering. But, having a healthy grip on reality isn’t fear mongering to me. It happened to us before. Out of the clear blue sky. And they can hit you more than once. Ask France.

So, what do I hope for with writing this little blog post in the early morning hours of 9/11/16? Do I think it will really change anything?

Probably not. We have pain that runs too deep and issues that are too complex for my simple little words to fix. But, I guess I hope that we simply remember.

Remember the innocents that perished. Remember the heroes who put their lives on the line to protect and serve us. Treat everyone with respect and try to find common ground with people who disagree with you politically. Tell your kids so they remember, too. Do something this week to bless our troops or firefighters or police. Because when we need them, they’ll be there for us. Even if we were not there for them.

Wave that flag high. And for those who live here but aren’t exactly fans of our flag? Well, you live in America so, ironically the flag that you protest, represents your right to do so. People have died for your freedom to express yourself. My request is that we remember that. Honor that. Respect that.
Stop fighting each other. 15 years ago, we had a motto. “United We Stand”. I think you can fill the blank for “Divided We __”.

I hope we all have bigger hopes and dreams for this country than that. For us. For our children. And for all of the generations after us.

Be Still: Restoring my Soul